Arizona's judicial system takes violent crimes very seriously. Crimes like homicide, domestic violence, kidnapping, and assault, fall within a violent crime prosecution. When you're charged with a violent crime in Arizona, your future may be at stake.

It is critical to hire the best criminal defense lawyer in Arizona to defend you. With years of experience and extensive knowledge in Arizona's judicial system, the Law Office of Michael Alarid III has a track record of defending violent crime cases and getting the best results. However, because of our level of dedication to you, we want you to stay informed of the laws in Arizona on violent crimes. ARS 13-706

Arizona's judicial system can sentence harsh punishments for all violent crimes, even if you have a clean record with no previous convictions.

The Breakdown of Violent Crimes

Not all of the violent crime charges result in a conviction. The charges of violent crime can cause penalties, expensive fines, imprisonment, and increased criminal records. Arizona's judicial system sentences harsh punishments for all violent crimes, even if you have a clean record with no previous convictions.

If you want to avoid the worst possible scenario of conviction, hiring a knowledgeable Arizona criminal defense lawyer will develop a strategy. They will help you throughout your case and give you strong legal representation. But first, you need to understand the breakdown of violent crimes charged in Arizona.

The investigation process in Arizona for violent crimes is aggressive. The officers will investigate the crime extensively and will push to gather as much evidence as they can. They are trained to gather information from the entire scene, from holding physical evidence to questioning those involved around the area. They will get statements that build a strong case against the accused.

If law enforcement questions you on a violent crime, remember that it is your constitutional right to remain silent and get a criminal defense attorney before any questioning begins.

They will use anything you say to them against you in the court of law. It does not matter what the courts charge you with; you are entitled to have a defense. So, use your rights and contact the Law Office of Michael Alarid, III immediately. Or call (602) 818-3110 for a professional violent crimes lawyer.

Arizona's laws can potentially put people's lives at stake under circumstances of charges brought against them. These charges can alter your future or forever change it. The different types of violent crime charges and offenses are serious, but you need to remember that you deserve to get treated right and have professional help to defend your case. You can get help with a serious crimes attorney at your side.

Going into the laws of Arizona, there are several that classify as a violent crime offense. These offenses include the following, according to the long list of Arizona Revised Statutes: "Assault, Domestic Violence, Sexual Assault, Robbery, Child Abuse, Child Abduction, Car Jacking, Manslaughter, and more." Each one has a line of prosecutions and order that is required to follow the law to ensure a fair and just charge.

In Arizona, the range of consequences for the crime levels details as to classes. Arizona Revised Statutes Title 13 The different classes include:

Occasionally, other penalties seen in Arizona as consequences can include the domestic violence program, anger management classes, fines, probation, and community service. If they charge you with an Arizona violent crime, it will usually stay on your record, which can make it harder for you to rent, go to school, your gun rights, and even employment.

If you are charged with a violent crime to speak to criminal defense lawyer Michael Alarid III to help you negotiate potential charges on the crimes. Continue reading examples of violent crimes below and see how Arizona's laws may handle the offense.

Assault is one of the most common charged violent crimes. An assault charge may not mean that anyone was touched to receive an assault charge. It can include a psychological fear of being hurt and physical injuries. The charges that are associated with assault can vary with penalties depending on the actual evidence and accused.

Most people can associate domestic violence with a physical fight between two individuals who are romantically involved. However, domestic violence in Arizona is not limited to just two romantic partners. It could be between roommates, or family members and it may not even be physical to be considered domestic violence.

Domestic violence in Arizona is not limited to just two romantic partners. It could be between roommates, or family members and it may not even be physical to be considered domestic violence.

Sexual assault is also another term for rape crime. In Arizona, the charge of sexual assault will be charged when a person engages in sexual contact, including oral contact with another person without their consent. The classes that Arizona files the rape crimes fall under Class 2 felony charges.

Homicide crimes can range from first-degree, second-degree murder, manslaughter and negligent homicide. These types of violent crime charges vary depending on the individual's mindset. Homicide is the act of causing someone else's death and carries serious penalties including death for the most egregious first-degree homicides.

Robbery is a violent crime in Arizona that involves taking of property from another person using violence or threats of violence. A robbery crime will fall under the Class 4 felony charges. However, those that are charged with armed robbery will fall under Class 2 felony charges. The penalties can change based on the circumstances.

For example, if the crime was completed, the property was taken, and there was no injury or threat of force without a weapon, the charges may have different outcomes. While on the other hand, if you're charged with an armed robbery with a forceful threat that results in injury, these can result in much harsher penalties.

Arizona law considers child abuse as a violent crime and may sometimes include domestic violence as an additional charge. Crimes Against Children are very serious offenses. The classes that child abuse falls under can be in the lower ranges to one of the more serious crimes depending on the levels of injury and the age of the child.

Arizona considers kidnapping as restraint; eg. someone held against their will

In Arizona, a kidnapping crime is more than just luring a child into a car. While that has a lot of relevance, they still consider it a violent crime. Arizona also considers kidnapping as a restraint; someone held against their own will. 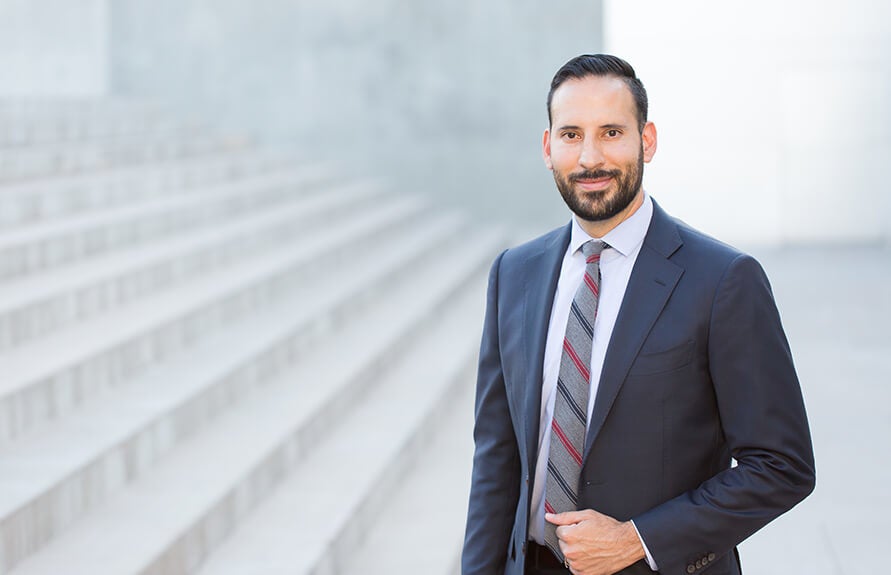 If you have recently been charged with a violent crime, getting an attorney to represent your case is a critical asset to maneuver through the court system.

A quality attorney that represents a violent crime case has many benefits, including experience and knowledge of the legal system, strategies and tactics to defend your case, deter the overall charges and lower hefty penalties, have resources to handle cases professionally, and can save you a lot of money and time.

For further insights on the statutes and defense laws, schedule a free one on one consultation with attorney Michael Alarid III today by calling (602) 818-3110

Thank you for contacting us. We will get back to you shortly.

Please complete all required fields below.

The Law Office of Michael Alarid III is Here For You

At the Law Office of Michael Alarid III you will have Mr. Alarid as your personal attorney to help you navigate the criminal justice system. You will not be passed off to a less experienced associate.

At the Law Office of Michael Alarid III, we are fully committed to answering your questions about Criminal Defense issues in Arizona

We offer a free consultation and we’ll gladly discuss your case with you at your convenience. Contact us today to schedule an appointment.